You deserve access to information that enriches your life. To help you find those actionable solutions to elevate your lifestyle, we only partner with companies that share our vision. This content is always free to you.

While some post links may lead to trusted partners, no one can bribe us to brag about their company or push an agenda. Every post is created from independent research because you’re our number one priority. You can read more details here. 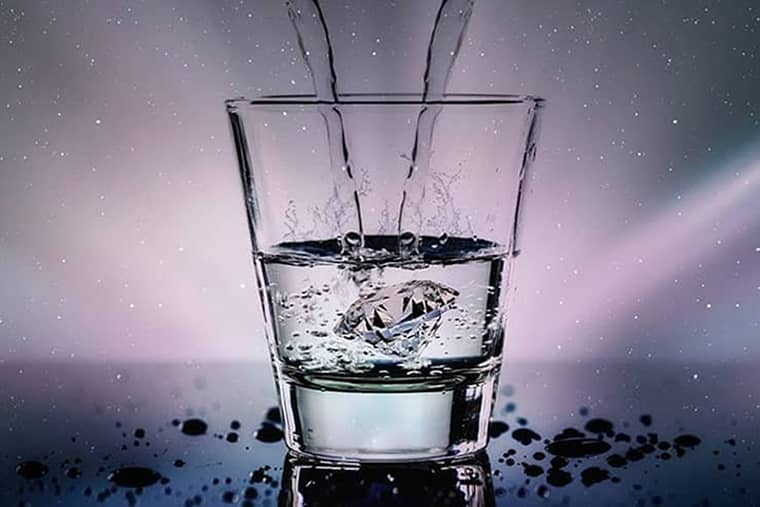 How annoying is it?

All the while, you’re shackled to a desk, burdened by bills, and haunted by debt thinking to yourself… “What am I doing with my life?”

It’s not fair. You deserve that lifestyle. After all, you did everything you were supposed to.

You finished high school. Got your degree. And found yourself a job.

That’s what everyone said you needed to do in order to become successful. And you believed it with a deep conviction. It was a helluva promise.

But even after paying your dues, you look around and no where do you see success. All you can do now is live vicariously through those rich people on social media – despite how you feel about them.

Why is that though? What do those people have that you don’t? Are they just special?

The truth is, they’ve discovered that the secret to having an abundant life comes form having multiple streams of income.

And unless you find a way to create your own streams, you won’t stand a chance in hell of achieving the lifestyle you so desperately want.

Thankfully, though, it’s possible to live your dream. And it starts by understanding the concept of multiple income streams.

What are Streams of Income?

A stream of income is anything that generates money for you. And multiple streams refers to having more than one source of money.

For instance, let’s say you cut grass for a living. No matter how many lawns you mow, that will always be your only source of income.

But there are a few ways you can add new streams in the same niche. Here’s how:

As you can see, you aren’t just limited to cutting grass. You can easily offer other services to make more money.

Now that you understand the concept of income streams, keep reading to discover…

The 7 Streams of Income

If you want the life of your dreams and financial security, here are the income streams that can make those things possible.

Every year, the number of self-made millionaires increases in America.

And for most of them, their biggest stream of income comes from owning a business.

Despite all the risks involved, these entrepreneurs have managed to create products and services that people want to buy.

But it’s not just about making money. Sure, you can make unlimited amounts of money but there are other benefits such as independence, freedom, and…

You can be your own boss, love what you do daily, and never worry about being fired. You have the freedom to decide when and where you want to work. You control your time.

Most importantly though, you can always make time for your family without ever having to request time off.

Gone are the days when starting a business was complex. Now you can do it quite easily from your home for less than you think.

And if you think you need a genius business idea, then you should check out some of the businesses on the show Blue Collar Millionaires.

Investments can apply to many things. But in this case it refers to those assets that appreciate in value or generate revenue.

Owning valuable artwork, classic cars, land, etc., are all examples of investments that appreciate in value.

Now you probably don’t have access to most of those. So you should focus on revenue-generating investments.

One of the best options is real estate. Unsurprisingly, it’s yet another stream of income for wealthy people.

You don’t need a million-dollar property to get started in real estate.

You can invest in smaller deals, especially those that need repairs. Then you can choose to flip them for a profit or rent them out for a steady source of income.

And the best part is, you can always use your assets as leverage to borrow more money from the bank for additional investments.

Most people think of stocks when they see the word dividends. And rightfully so.

Dividends are basically a sum of money paid monthly, quarterly, or annually, by a company to its shareholders.

Many investors rely on dividends as a source of retirement income. It’s one of the reasons why stocks that pay dividends are usually more attractive than those that don’t.

As a stream of income, dividends are pretty simple. For example:

Yes, it’s a simple example. But it still shows you how dividends can be a huge passive income stream.

Investing in the stock market like Buffet or Bogle, can make you rich over time. The key words there are “over time.”

The other important factor is compound interest. It is widely considered one of the best ways to build wealth that requires virtually no effort.

Compounding simply refers to earning interest on interest. For example:

It’s not magic. It’s just another smart way to get rich.

Streams That Won’t Make You Rich

Despite being streams of income, none of these are reliable ways to get rich or achieve financial freedom and your dream lifestyle.

Can your job make you rich?

Sure… if you’re a CEO making millions or an early employee at a hot startup.

But for most people, that’s not the case.

Therefore, as stream of income… your job is never going to make you rich (unless it pays a fat salary and offers stock options).

And let’s be real, that will be a near impossible task with taxes, bills, a family, debt, and other financial responsibilities.

Then there’s the farce of corporate loyalty, where you assume your job is safe and you’ll ride off into the sunset with a nice pension. Ha!

Look, I’m not saying having a job sucks. There will always be people who choose the “safe” option of working to make someone else rich.

But that’s not you. You are different. You don’t want to prostitute yourself to the highest bidder.

So if you’re working a job you hate, then I suggest you start creating new streams of income on the side to eventually quit your job and do something you actually enjoy.

You owe it to yourself to make that happen.

They always makes me chuckle.

Unless you’re planning to retire and move to Burundi, that money just won’t be enough in America.

Sure the government has social security and other benefits. But…

Do you really expect the government to be a dependable stream of income, albeit one that can make you rich?

Sadly, many people do. And they blame the government for their poor lifestyles, habits, and choices. They even sit around waiting for things to get better.

But you and I are much smarter…

A simple glance at everything from social security benefits to health care in America, is proof that the government is not a dependable source of income at all.

There are some streams of income that fall under this category.

Things like inheritances, donations, lotteries, and so on, are all perfect examples of other income sources.

These are mostly one-time cash infusions that aren’t really reliable sources of income.

Even if you’re lucky to hit the jackpot and win (or inherit) $100 million dollars, you would still end up investing it in one of the four streams of income above.

Assuming you don’t spend it all in one shot, you’d be able to turn it into a source of income to build generational wealth.

As I said though, you can’t rely on these things to be ideal sources of income.

I often get lots of questions from readers (like you), who are learning about streams of income for the first time. Here are my answers to a few common ones:

Why multiple streams of income are important

Imagine if you lost your job tomorrow, how would that affect your life?

You’d probably have a similar experience to those federal employees who were affected by the 2018-19 government shutdown.

Having no income would make it hard for you to pay your bills and feed your family.

But if you had two or more sources of income, you’d still be able to afford those things. And you’d avoid all the stress, anxiety, and sleepless nights that plague the majority of people living check-to-check.

Peace of mind is just one of the benefits of having additional income streams. Others include:

I don’t know about you but those seem like some pretty big reasons to have multiple income streams. Wouldn’t you agree?

How many streams of income should you have?

You should have at least 4 different streams of income flowing into your life so that you’re not just depending on one stream.

If one stream dries up, you won’t have to worry about money because you’ll still have three more streams to support you.

You already know which streams can lead to financial prosperity. So those are the ones you should focus on establishing as soon as possible.

How many streams of income does the average millionaire have?

Most millionaires have at least 5 different streams of income.

You won’t find any stories of people who got rich from working 40 hours a week and making $45,000 a year. It’s a mathematically improbable.

Apart from CEOs and celebrities, the average millionaire next door earns money from the income streams mentioned above.

So if your goal is to become a millionaire, you’re going to have to create your own streams of income.

You don’t have to spend your time enviously wallowing in the fabulous lives of people on social media. You can create your own success.

And it starts by adding more streams of income to fund your dreams. Having one stream alone isn’t going to cut it.

You’ve got to utilize the entire 24-hour shot clock to make money all day long, even while you’re sleeping.

Unfortunately, most people don’t realize this. They think their job, the government, or whatever, will get them to that abundant life. It’s sad.

Of course, you and I know that the secret to getting rich is having several streams of revenue.

Still, I’m not okay just doing nothing while people suffer. I believe in helping others and I know you do too. That’s why I’m going to ask you a favor…

Sure, most of them won’t appreciate it or take action, and that’s ok. We’re not doing this for those people.

We’re doing it for those who give a damn and want more in life. The ones like you and me.

Most people like to brag about themselves here. Carlton just wants you to know that he co-founded Evergreen Dimes to help you build a richer life that you'll be proud to reflect on. Cars and traveling are his passion, but otherwise, he’s a humble dude. 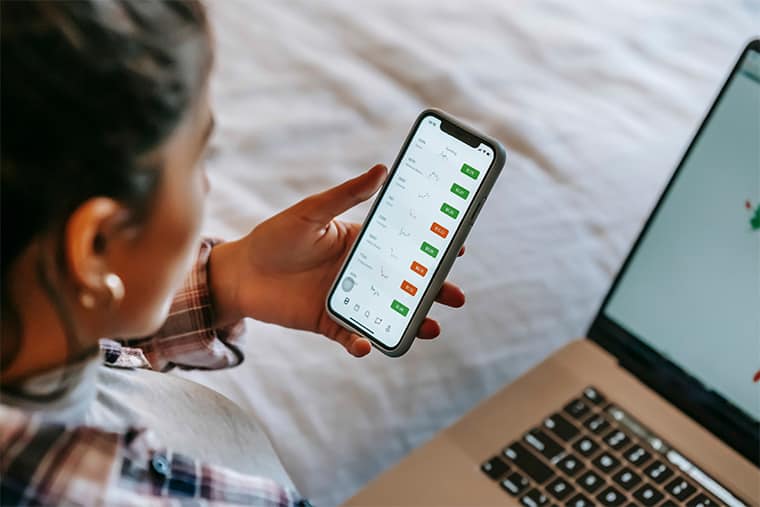 Want a weekly dose of curated content, exclusive offers, and updates shared only with members?

Evergreen Dimes is an informational personal development website. It is not a replacement for professional financial advice. Evergreen Dimes is neither licensed by nor affiliated with any third-party marks on this website and they do not endorse, authorize, or sponsor our content except where clearly noted. As an Amazon Associate, this site earns from qualifying purchases.